Curse of Strahd continues, inexorably, to its exciting conclusion…which is actually a fair way off. In the meantime:

The party argued over whether to go to Berez and face the Witch, or to go and save Baron Van Richten, who they learned had been taken hostage by the Vistani and was about to be delivered to Strahd. Eventually, they agreed (begrudgingly, in some cases) to undertake a rescue.

On the road they fought a couple of berserkers (obviously the Druids at Yester Hill were still a bit miffed about them hacking up their Gulthias Tree…), capturing and interrogating one, whom they then killed (such a pleasant party).

Savid the Dusk Elf led the party to the Vistani Camp outside of Vallaki. On the way, they came across Van Richten’s carnival wagon and signs of a battle. They found an absolutely fascinating page of the egotistical Van Richten’s journal and his dead sabretooth tiger.

A quick wereraven/Paladin reconnoitre of the camp showed the Vistani were mostly drunk and a bit lax at guard duty. Sneaking (and riding) into the Vistani camp, they met with the Dusk Elves’ leader, Kasimir Velikov, still peeved that Strahd killed all the women of his tribe hundreds of years ago and pining over his dead sister Patrina, who wanted to be Strahd’s bride. Kasimir explained the Amber Temple might hold the secret of Strahd’s curse, and he would willingly escort the party there.

In the meantime, the party needed to rescue poor old Van Richten from the clutches of the Vistani. Natasha’s Gnomish Druid changed into a spider and snuck into the Vistani leader’s tent, where Van Richten was being tortured. That’s where the plan started going a bit askew. Meanwhile, Mark’s Gnome Bard tried a distraction (amazing juggling, by the way) and Dan’s annoying Halfling Monk hid under the eave of a building(!).

A big fight ensued, with William’s Dragonborn Paladin riding in on his skeletal spiritual warhorse and slaughtering Vistani left, right and centre. Isaac’s reticent Tiefling Warlock provided support and it was on for young and old. Dan’s monk managed to dispatch the assassin leader, and eventually took out the Vistani second-in-command as well.

Unfortunately, poor old Van Richten was killed. Oh, well, you can’t make a Barovian omelette without cracking some vampire eggs (or so goes the old Barovian saying…). The friendly wereravens, who had been following the party’s progress, stopped the Dusk Elves from slaughtering the fleeing Vistani (seems the Dusk Elves have long memories…).

So, now the party can get down to what they really need to do. Looting!

I know I said don’t level up, but I’ve decided you’ve all done a lot over the previous few weeks, so I’m changing my mind. You can level up to 8th. Yay! Why? ‘Cause I think you’ll need it… 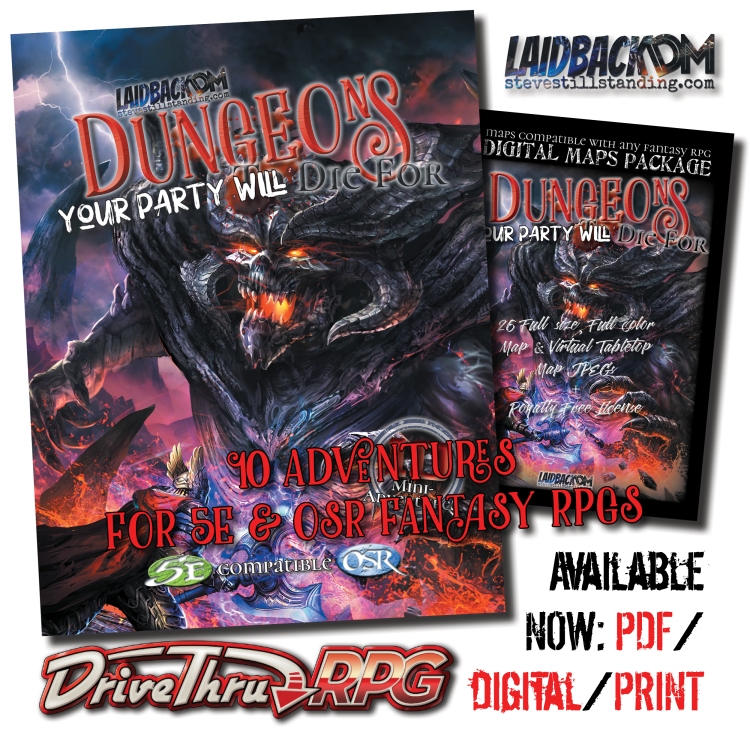